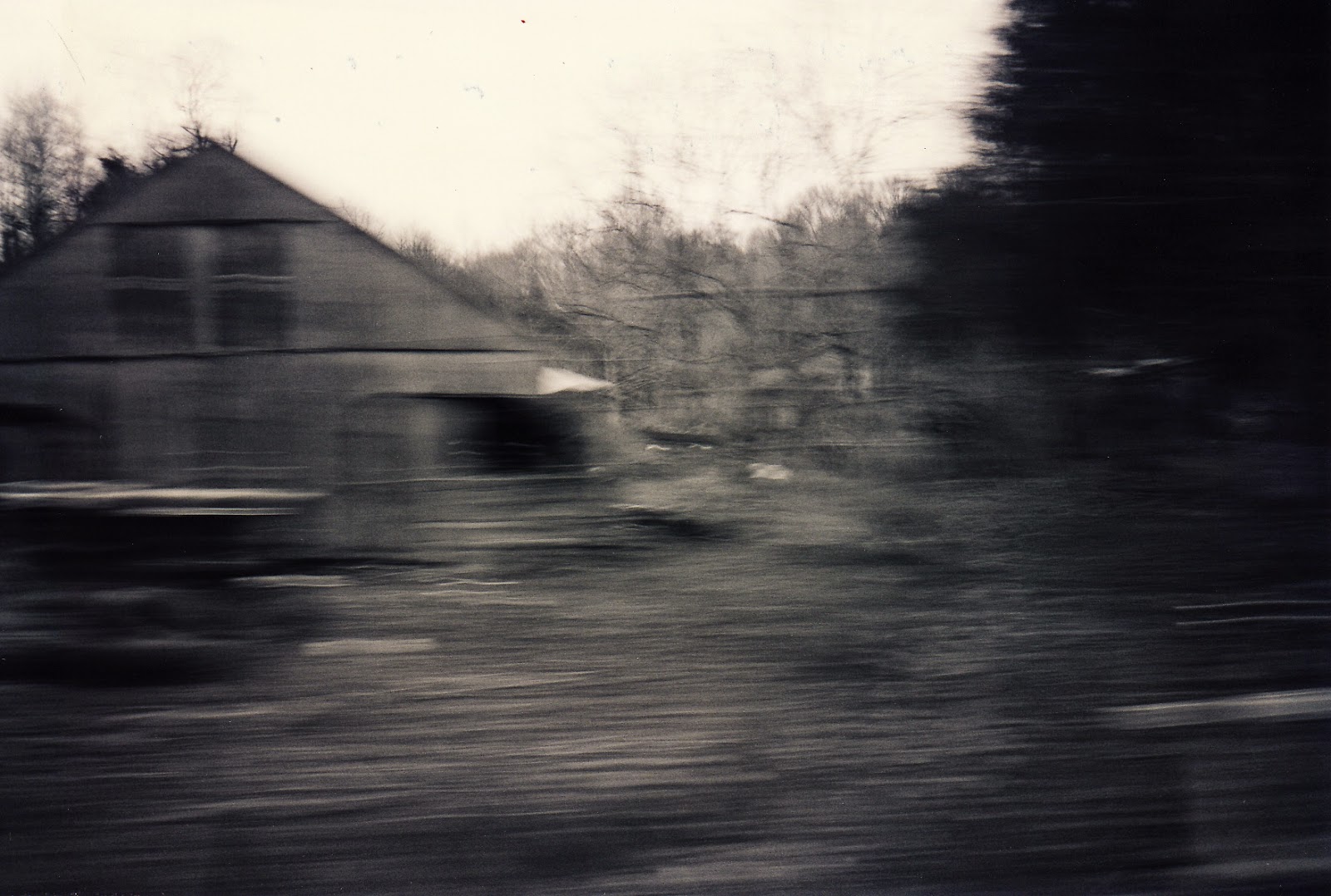 "When Running Through Your Past Don't Stop"

Around twenty-two years ago a friend of mine did a series of paintings called the "Passenger Series."  I was originally inspired by them when we were in an art show together. I still continue to use the influence in any way possible. It has appeared mostly in photography based works. The paintings that have been influenced by the series are not so easily connected to my friends original paintings although I do know when their inspiration is there.
The original story that I told about this photograph suggested that I had a Nikon F3 HP (without a lens) under my pillow one night and was dreaming about my past in rural Kentucky. I said that this negative was exposed directly by my dreaming. I also said there was only one negative exposed this way in a roll of thirty-six and it was the only photo that came out as black and white on a roll of color film. The story was embellished further but I'm sure you get idea.  Don't you?
The truth of course is that it is a photo taken as a passenger on the road between Hodgenville and Greensburg in Kentucky. The rest of the truth is that I have "Passenger Three" one of the paintings by my friend in my possession and this painting continues to inspire me today.
More later.

Posted by Ballard Borich at 6:20 AM